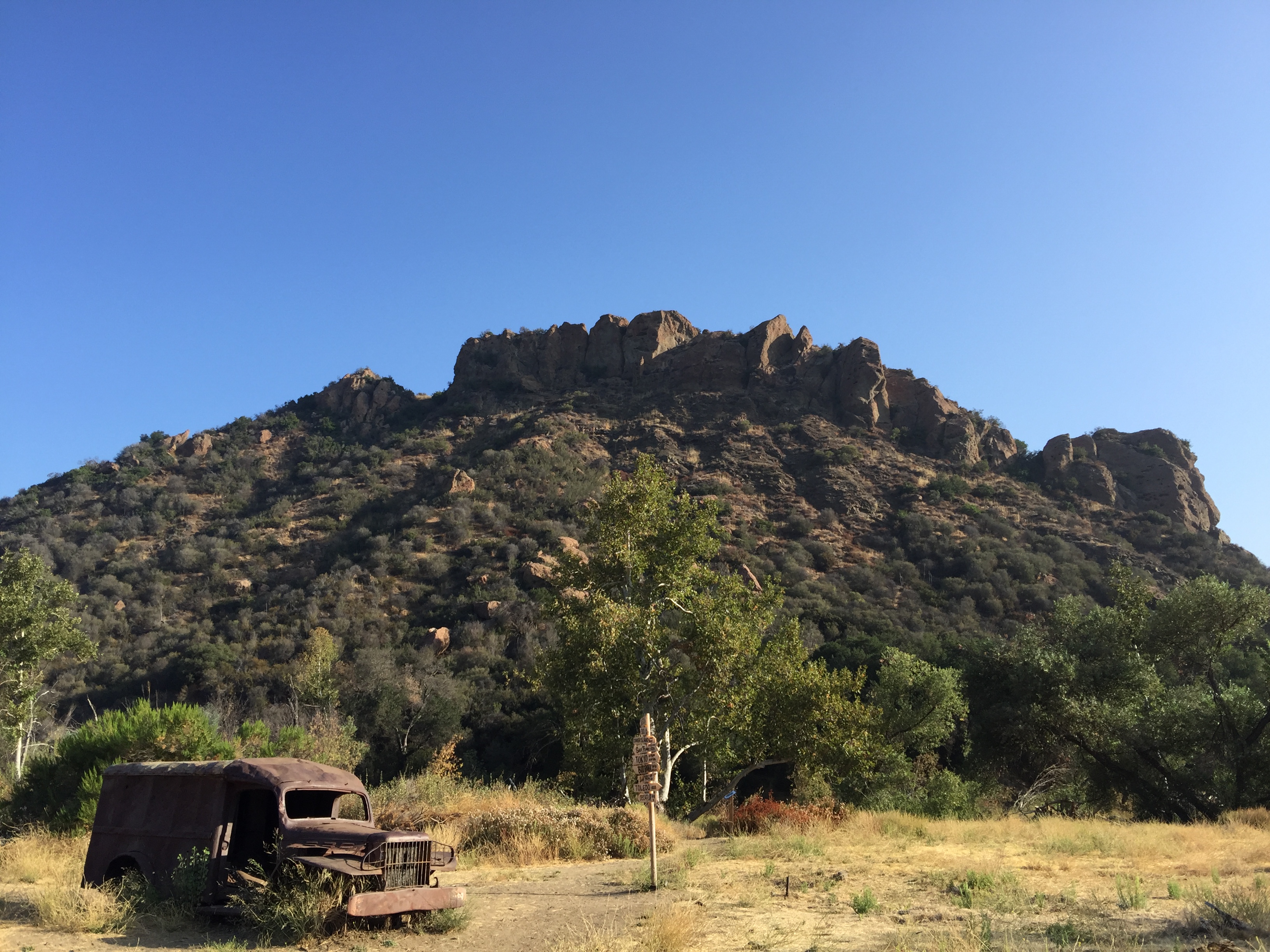 With dizziness and super bright vision I knew it was time to call the race.

This was my fourth time running the Bulldog 25K at Malibu Creek State Park and I know what it takes to get it done. This time a finish was not in the cards. Had I made it out of the Corral Canyon aid station there is a possibility that I could have stumbled about along the trail, as I have done in other races that I got done, but this time I felt the chances of getting hurt or causing an extraordinary burden on rescue workers was too high.

Going into the race I knew I was undertrained. Add in heat and a tough course with the Bulldog Road climb and that’s a recipe for an ass kicking, which is what I got.

It’s not much consolation but I certainly wasn’t the only one that had a tough time out there with the heat.

I don’t feel bad about the race and I’m not hurt. The vision and dizziness issues cleared up a few hours afterwards and I was OK to drive home. I was pretty depleted but once I got home and took a shower a ham sandwich, lovingly made by my wife, helped get me back on track. I took a big nap and felt better.

There were some race highlights. I was glad I didn’t get stuck on Bulldog Road. Although once I got to the end of Bulldog a cramp set in and I let out big yelp.

Also, I finally introduced myself to Pat DeVita who is a SoCal legend as she’s run over a hundred races, many of them ultras, and happens to be 83 years old.  Also, I finally met Jennifer Wilson @lasocialkarma who I’ve been connected with via social media.

I need to get back to consistent running before I sign up for another race. I love running and hitting the trails and I need to make room for it in my schedule.

Runner and coach Megan Roche and her husband David Roche were on the Ginger Runner YouTube show a couple of weeks ago. Megan is also in medical school. She mentioned that she manages her busy schedule by only focusing on three things. If something doesn’t fall within those three things then they don’t make it onto her priority list. I think that’s a good approach and when opportunities come up I need to be more discerning on where my time and attention go. Running is one of those key areas for me.