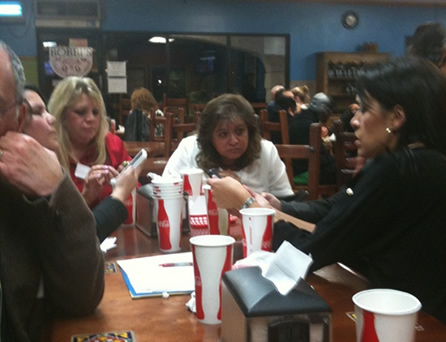 At meet and greets, presentations, and during client meetings, small businesses are talking about Facebook. Facebook is quickly becoming the face of small business.

Why? I think there are three reasons why Facebook is now the third most important tool in the small business’s marketing arsenal:

1. That’s where the people are. Bank robber Willie Sutton was asked “Why do you rob banks?.” His famous reply was, “Because that’s where the money is.” The same thing applies to Facebook. With over 500 million users, Facebook is definitely the biggest watering hole on the planet.
2. Facebook fan pages are much easier to set up and update than Web sites. If you want to build a serious Facebook page you might need to hire some help. But for a basic setup you can crank one out in no time. Here’s a video tutorial on how to get started on your own Facebook page.
3. Facebook allows small businesses to reach out and directly connect with customers, with limited resources. I recently spoke to the owner of Bobbi’s Mexican Restaurant and Grill who manages to post menu updates every day at noon. She doesn’t pay anyone to do the posts, she does them herself. Small businesses have limited time, money, and personnel to do Web updates, so Facebook is a great way to push out information to a large group of hungry fans.

According to a Constant Contact poll reported by eMarketer, Facebook is the third most important marketing tool for small businesses.

Do you think it’s smart for small businesses to move to Facebook, or is that a recipe for disaster?

2 thoughts on “Is Facebook Becoming The Face of Small Business?”