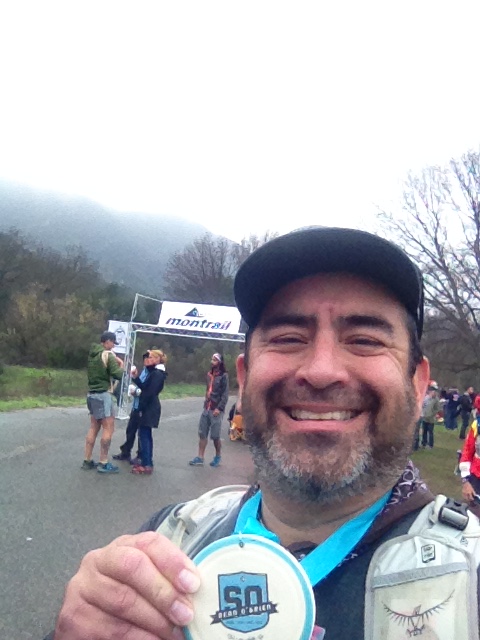 I got a little crazy in December and decided to sign up for my first ultra race. After some training I figured it made more sense to do a trail marathon so with that I changed my registration for the Sean O’Brien 50K to the Marathon race on February 7, 2015.

If you’re not familiar with the Sean O’Brien races, this is the second year for the races, held at Malibu Creek State Park in Agoura Hills. Last year runners could sign up for the Marathon, 50K or the 50 miler. The 50 miler turned into a playground for elite runners seeking to qualify for a coveted Western States 100 spot. This year, a 100K race was added and it is part of the Montrail Ultra Cup Series. Top two men and women would get the golden ticket to Western States.

The Marathon race wasn’t a qualifier of any kind but it was a ticket to 5,000+ feet of elevation gain going up and down segments of the beautiful Backbone Trail. I chose to do the Sean O’Brien race because I had already competed in two races on part of the course in 2014 – the XTERRA Malibu Creek Challenge and the Bulldog 25K race.