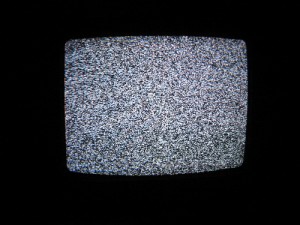 Something curious happened while we were sleeping – public television has been stolen.

When broadcast stations moved from analog to digital transmissions and the old bunny ears would no longer be the baseline method to connect to television, millions were instantly hosed. I live in the Santa Clara River Valley so when I try to run my TV with one of those special digital converters, nothing happens. I am unable to pick up any channels.

That means that without relying on a private television transmission service like cable or a satellite dish I cannot get local news, sports, or public access stations. I can’t see the Santa Paula City Council Meetings without paying for a private service.

How did we allow this to happen? We talk about the digital divide, but what about the TV divide?

In an effort to fight back, I got rid of cable TV and only kept cable Internet service. My wife sold me on the Roku (special edition red version with Angry Birds) so now we mostly watch “free” Internet stations and also connect to Hulu Plus and Netflix accounts. I still can’t get local news, sports, or public access stations.

For those of you who haven’t tried living off a diet of Internet TV, it’s not too bad. I do miss watching boxing on HBO and Showtime, but am truly done with having to navigate the plethora of cable television packages that always end up costing an arm and a leg. Don’t they know there’s a recession going on? For now I’ll stick to Internet TV and keep dropping bird bombs on those pesky piggies.