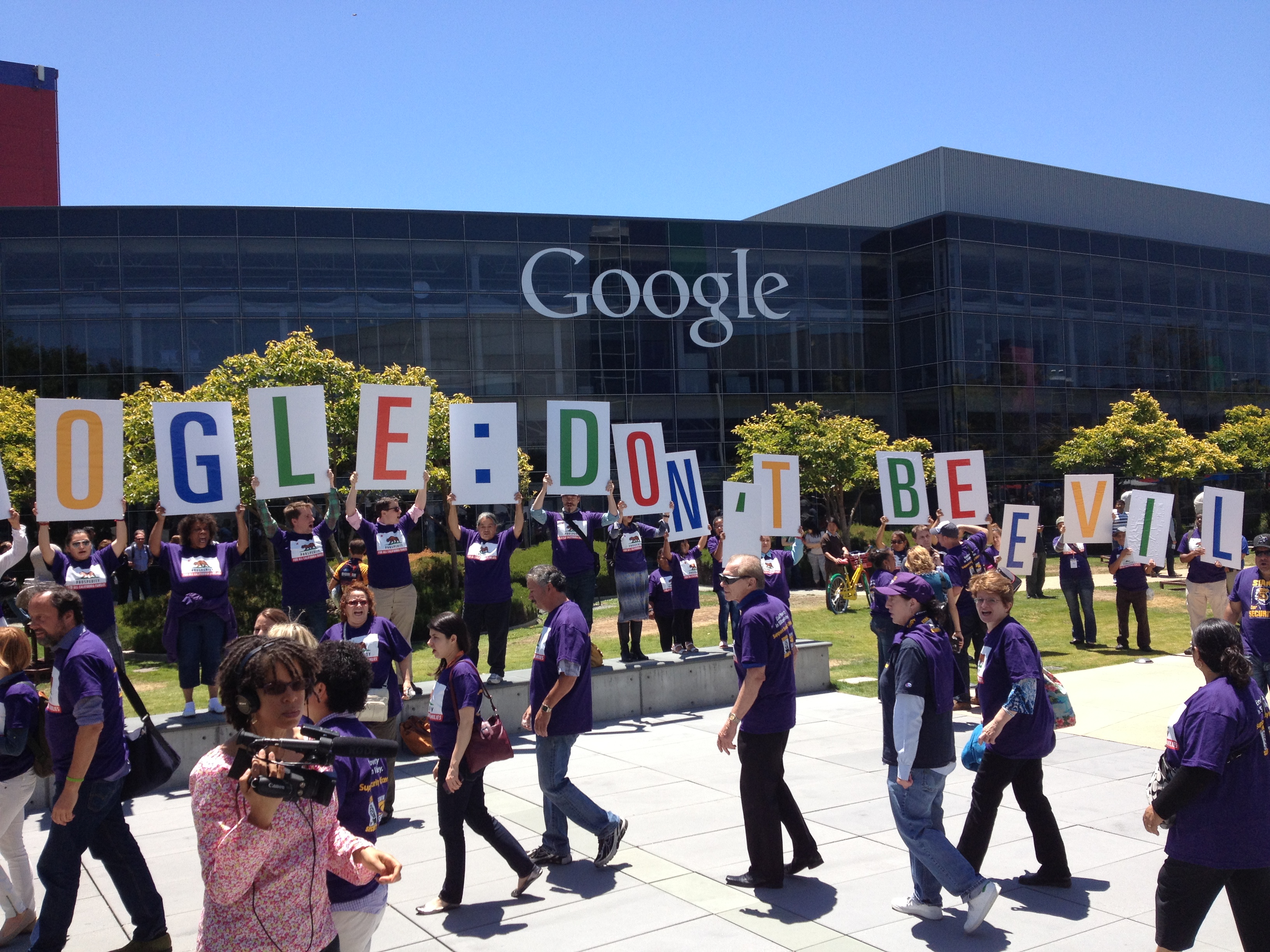 The labor message was strong at the Netroots Nation 2013 conference. There was a consistent message across sessions and activities, a strong focus on the rise of what is being called “Alt Labor” and there were some good worker actions. Labor must be a part of the progressive movement.

It was common to have pro-union voices at the different sessions and even during the activities. During a taco truck lunch event, several elected officials took to the microphone and spoke about the need to raise the minimum wage. Two young people also spoke about their experiences working at fast food places, the low wages and poor working conditions there. Because of the long lines at the taco trucks and natural lunchtime socializing, only a smaller group of around 50 people were engaged in the speeches but the fact that these speeches were a part of the afternoon’s program provided good exposure to these important national worker needs.

We must raise the wage.

There was a labor caucus session that ended up splitting into three areas – Alt Labor, Immigration and Digital Strategies. I attended the Digital Strategies breakout and found that many of my union brothers and sisters are also working diligently on trying to use tools and technologies to help advance campaigns. I’ve done several member trainings on using social media and will continue to do so because new organizing is more than just a trend, it’s a necessity.

The rise of Alt Labor
I’m used to seeing various forms of coalitions in the labor community but Alt Labor, a term that was coined by labor journalist Josh Eidelson earlier this year, is a new beast. During one presentation I learned that there are worker groups that are forming across the country with the focus of improving workplaces for non-unionized workers. For example, Dancer’s Alliance is a worker-led organization that helps workers organize for better working conditions for dancers. They have managed to win a good contract with things they never thought they could win like health benefits and a wage increase. It has some support from AFTRA but Dancer’s Alliance itself is not a union.

Alt Labor groups like the Dancer’s Alliance also have a contemporary twist to them as they have a big social media presence and use it to help drive campaigns with videos and other memes. Galen Hooks @GalenHooks is the head of the Dancer’s Alliance and her organization is on Twitter at @DancersAlliance. You can also look at the #altlabor hashtag to see the conversations held at Netroots for Alt Labor.

This is one of Dancer’s Alliance’s videos which has received over 11,000 views so far.

Building activism – Google action
I loved participating in the Google action where two busloads of Netroots Nation attendee activists went to the Google campus to march with workers and support better working conditions and salaries for security officers. Right now there are over 3,000 security officers in Silicon Valley helping to keep workers and worksites safe. The action was organized by SEIU (Service Employees International Union). Disclosure: I am a Communications Specialist for SEIU Local 721 out of Ventura County as well as a blogger and Labrador walker.

At the action, workers and their families held large Google style colorful letters that spelled out GOOGLE, DON’T BE EVIL” on them then we all marched up to the complex and held a rally in the outside courtyard. One brave security officer, Manuel Cardenas, spoke up at the rally with his young daughter at his side. He said that he had delivered a petition to Larry Page but that he was refused access to Page.

You can listen to the brief interview with Manuel Cardenas here:

I was surprised to hear a couple of activists who are very involved in politics mention that this was their first worker “action.” I think that involving more activists in these kinds of actions is a good way to build support for labor because they are impactful and fun.
Reporter Josh Eidelson was on the bus that went to the Google HQ and wrote on the action –Union Activists Bring ‘Don’t Be Evil’ Message to Google Headquarters.

Here’s a very quick view of the Google action.

Were you at Netroots Nation 2013? Did the labor message inspire you to find out more about how you can help other worker causes?