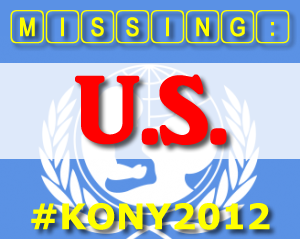 Now that social media is buzzing about the KONY2012 campaign by the organization Invisible Children, this is a good time to start looking at issues here in the United States as they relate to international issues.

Nations that ratify the convention are bound to it by international law. The treaty looks to protect children by setting the “civil, political, economic, social, health and cultural rights of children,” according to a Wikipedia entry. These rights include forbidding capital punishment for children (under the age of 18) and there is an optional protocol where children under the age of eighteen are not to be forced to enlist into their armed forces and if they do enlist voluntarily that they not engage in hostilities.

So if you are intrigued by the KONY 2012 but want to take action locally, call on the United States to ratify the United Nations Convention on the Rights of the Child. Yes, it will lead to changes and there is strong opposition to ratifying by special interest groups.

Do you think the United States should ratify the Convention on the Rights of the Child?

Tweet now: @whitehouse I’m calling on the White House to ratify the @UN Convention on the Rights of the Child to protect children. #KONY2012 #SAW
Click here to tweet (a separate widow will open)

This video has the United Nations’ perspective on the complexities of tracking down Joseph Kony and his marauding force, the Lord’s Resistance Army (LRA).

Visit msnbc.com for breaking news, world news, and news about the economy