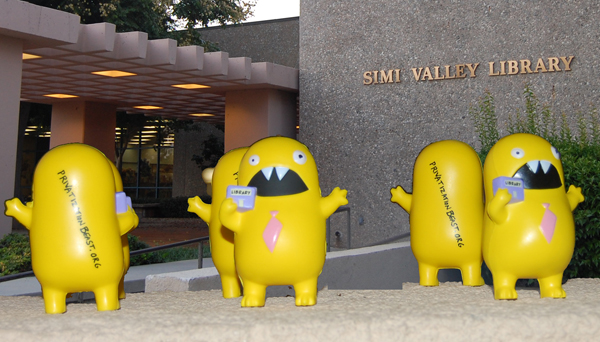 The Occupy movement has taught us a lot about the role of public spaces. In short, they are under attack. We saw this with the raiding of the Occupy LA encampment but also see this with the privatization of our public libraries.

Cities argue that they will have more local control and be able to do some smart cost savings by handing the library keys to a private company, but that is not the real end result over time. Instead, the “public” is taken out of Public Library and we end up with libraries that are run by a for-profit company with for-profit interests. The main goal of a corporation is to increase shareholder wealth, not to delight library patrons.

Because there is only one turnkey library system management company in the United States, Maryland-based LSSI, we can track patterns. Cities connect with LSSI who promise cost savings and more control since they will no longer be under the authoritative hammer of the County library system. Cities can then take the high road and create an authentic community-inclusive process to evaluate their options, which may include running the library on its own, create a hybrid system with other cities or partners, or to go with LSSI. The City of Ventura recently went through such a process and the City Council voted to stay with the County system.

If a city chooses to rush to privatize then it will largely bypass community involvement and do the minimum necessary to get out of the County system then create a contract with LSSI. We saw this in the cities of Camarillo and Santa Clarita. Simi Valley has recently taken this “no community” path towards library privatization.

The pattern also includes slashing benefits for library workers, blurring lines between trained professionals and volunteers, and hiding behind the corporate veil when there are any hard community questions.

The City of Simi Valley’s move to privatize is still not a done deal. There will be another Public Hearing on December 12, 2011 at the Simi Valley City Council Chambers at 6:30pm before they move to vote on the issue. Please contact me (jesse.luna at gmail dot com) if you would like to get involved and fight against this privatization beast that eats up public libraries.

For a more animated view of how library privatization harms communities, check out this great video created by Arts for Action. It already has over 300K views. Visit privatizationbeast.org for more information.

6 thoughts on “Why I’m Against Library Privatization”