Ever wonder how other people see you on Twitter?

I created a little application that takes Twitter list names then creates word art.*  This gives you an idea of how your Twitter followers view you.  Do they think you’re a media maven, a sports junkie, a BFF, or a cool peep?

On Twitter, it’s possible to add people to different lists. When you do that, you have to name the list.

I’m on some interesting sounding lists including:

What do you think? 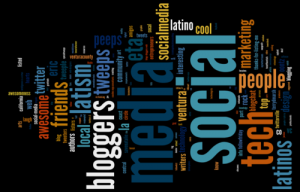 * I’m waiting for the little application to be whitelisted by Twitter. If you’re on too many lists it will break. Let me know if you’d like to try it out.