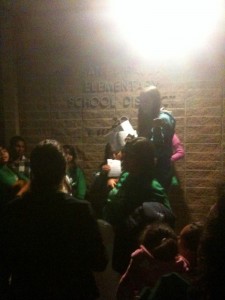 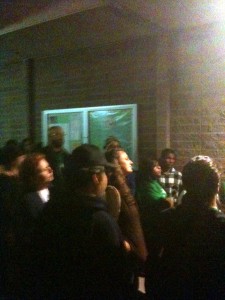 See the full gallery on Posterous

Over 30 community organizers, parents, and students showed up to the Santa Paula School District office to support a community garden project. The project would put a community garden on a plot of land next to one of the schools and eventually expand to other school sites.

The agenda was removed from the Board’s agenda by the Superintendent because he claimed it was a policy issue and warranted additional investigation.  Parents and community members were frustrated that they were being pushed out of the process and several of us spoke up during the Board’s Open Discussion section.

The purpose of the community garden is to help build a healthy community.

It was exciting seeing so many community members show up and voice their opinions during the meeting and afterwards.

The community garden is meant to bring people together and it’s already doing that!

This entry was posted in Uncategorized. Bookmark the permalink.