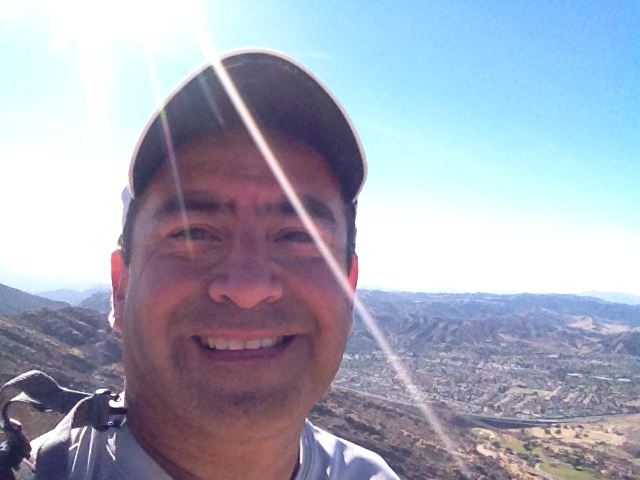 Four days before the big Bandit Ultra Trail Run race I was at work and felt body aches and had the chills. “Unf***ingbelievable!!!” was my reaction. I knew I was getting sick. It had been many months since I had as much as the sniffles.

On the Friday before the race I still had the body aches and intermittent chills and one of my co-workers, a former decathlete, said that I was probably having the pre-race jitters. I had already done the full 30K race course two weeks previous during one of the training runs put on by the race organizers so I wasn’t really nervous about finishing the race. I thought about the jitters comment more and figured there could be some truth to it in terms of increased stress since work had been a pressure-packed couple of weeks.

On Saturday, the day before the race, I still felt bad but drove out to Simi Valley to pick up the race bib and t-shirt. I even took a quick mile run in the morning to see if the body aches would be a deal breaker. The run went fine and I didn’t feel any increased pain. But by the evening I felt worse, took my temperature and it was over 101.4 degrees F. I took some time to think it through and knew that I could probably run through the fever the next morning but that it could turn a fever/body ache situation into a full-blown bug of some kind. Or, if I didn’t lace up I could take the long weekend and recover from this with proper rest. I ended up not running and watching parts of the race via the live stream feed, cheering on my friend Marcos Vargas and his son, Canek, who ran and finished the race.

Even though I had President’s Day off from work, I had to take off a couple of more days from work after going to the doctor and seeing that I still had a fever. The extra days off really helped and now I feel great. I did a couple of regular training runs and my legs are starting to get back into shape.

As you might imagine, I was very bummed not to run in the race after all the training I did in preparation. I had run the full course, did two other training runs there at Rocky Peak and did a lot of trail running at the nearby Arroyo Verde Park in Ventura to practice downhill running and hiking steep hills. I feel good about all the preparation that I did for the race and I will carry that forward to future races.

One thing that I noticed while I was sick was that running is one of those things that really helps me focus on positive things to help keep my spirits up. The initial struggle last year to lose weight and control my diabetes was made easier by focusing on good workouts and eventually on running. But while I was sick I didn’t want to think too much about running and I started getting depressed. Once I was up and running again I was able to continue reading the book I had started, Run or Die by Kilian Jornet, and to shift my mindset to more positive things.

Thank you to all who posted on my Facebook profile and offered great perspectives on running and staying healthy. That really did help lift my spirits. I feel very fortunate to have so much support and look forward to sharing my future fitness adventures.

Also, if you donated to the “Run Jesse Run” 30K Justice Sponsor campaign, please let me know and I will give you a shoutout during my next race. Once again, I appreciate your support.