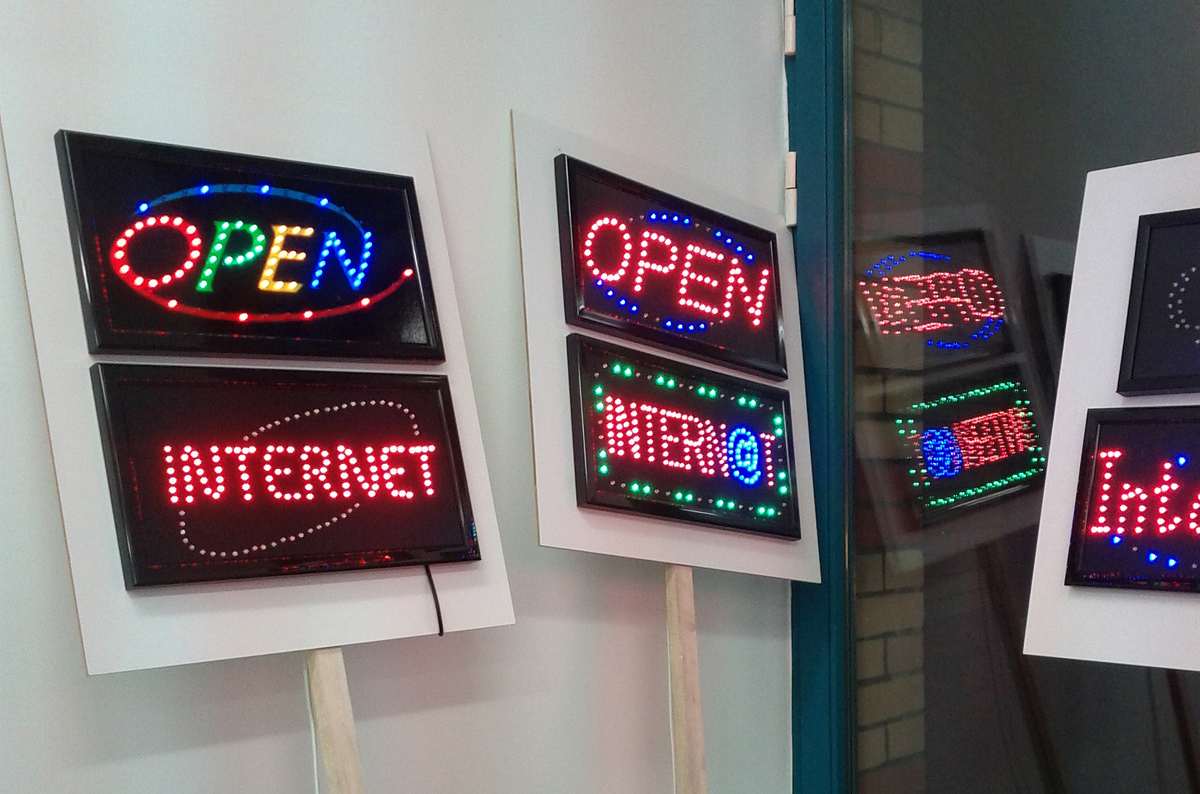 This case will have a major impact on how big companies like Verizon are able to slice away and filter parts of the Internet. If Verizon wins, this could mean that large companies can pick and choose which content they choose to stream. For example, Verizon and other massive companies could chose to filter content provided by competitors or views that don’t agree with their political positions. We’ve already seen a preview of this type of filtering with AT&T U-verse pay service’s refusal to broadcast Al Jazeera America. A Verizon win could make this type of refusal even more commonplace.

If the FCC wins then that will uphold the FCC’s 2010 rules on Internet usage, requiring companies to provide equal access to all lawful content.

The viability of an Open Internet depends on an FCC victory in this case.

The concept of Network (“Net”) Neutrality, often used interchangeably with Open Internet, can be a bit confusing, shrouded in telecommunications and legal jargon. With help from Todd O’Boyle, Common Cause’s Program Director for Media and Democracy, I reached out to former Federal Communications Commissioner Michael J. Copps for a Q & A session addressing the importance and necessity of having an Open Internet.

Q & A with the Honorable Michael J. Copps

Michael J. Copps served two terms as a Member of the Federal Communications Commission, from 2001 through 2011—the seventh longest-serving Commissioner in the history of the agency.

His years at the Commission were highlighted by his strong defense of “the public interest”; outreach to what he calls “non-traditional stakeholders” in the decisions of the FCC, particularly minorities, Native Americans, and the various disabilities communities; and actions to stem the tide of what he regards as excessive consolidation in the nation’s media and telecommunications industries.

I really dislike the term “network neutrality,” preferring instead “Internet Freedom” or the “Open Internet.” Anyhow, what it means is that providers should not be able to favor some Internet enterprises over others. Users have a right to access lawful content, run the applications of their choice, attach devices, enjoy the benefits of non-discrimination, and to expect transparency from providers.

2. What elements of the attack on an Open Internet should Latinos/Latinas be specifically concerned about?

We all need to be concerned about maintaining an Open Internet. Monopoly providers and special interest gatekeepers can deny us the dynamic opportunities opened up by broadband technologies. The Internet cannot reach its potential without guarantees of its ongoing openness. So much depends upon broadband and the Internet, from finding jobs and improving our schools to caring for our health and sharing our cultures with one another. For Latinos and other minorities that are working so hard to find opportunities for themselves and their families, an open Internet is not only desirable–it is a critical necessity.

3. Does chipping away at an Open Internet have a disproportionate impact on people of color?

While I think the lack of an open Internet is a threat to each and every one of us, I believe it is a special threat to those who have not enjoyed full access to the tools needed for creating opportunity, building careers, educating their kids, and access to the news and information needed for full participation in our system of self-government.

4. What effects, if any, would dismantling an Open Internet have on grassroots online activism? If any, can you give an example?

I believe that the Internet opens up tremendous avenues for citizen expression and participatory democracy. It could be a huge assist to taking government back from the special interests and putting the public interest first.

We have seen numerous incidents of grassroots pressure making a difference–one of those was surely the pull-back by Congress from considering SOPA and PIPA legislation not so long ago. More recently, popular outrage at the notorious Citizens United decision of the Supreme Court, which unleashed even more special interest money into our electioneering, has stirred up widespread Internet grassroots activism. We need to keep that activism growing across a wide range of public policy issues so that our leaders and decision-makers begin to understand the impatience of the American people at the way issues are being mis-handled in Washington and in so many state capitals.

In the final analysis Internet Freedom is a global issue because the Internet is a global phenomenon. That being said, however, the first and biggest steps needed here can and should start in our country. What happens here in technology innovation affects the world. Similarly, the business models implemented here have global reverberations in determining how consumers everywhere will be treated. This is not an area we should wait for others to tackle. Let’s do it ourselves–now.

6. What can our readers do to have a voice and support an Open Internet?

I hope everyone reading this will talk the issue up–with their families, workplace colleagues, community, state and federal decision makers, the Federal Communications Commission, and both Congress and the President. Genuine reform in our country comes, historically, from the people up–not as a gift to the people from Washington, DC. Telecommunications is a huge part of our economy–probably one-sixth of it, maybe even more. It’s too important to ignore. I think the Open Internet, and the threats to it that we have already experienced, should be near the top of our list of national priorities. For me, it’s Number One because so much rides on it, from the health of our economy to the way we preserve and extend self-government. Everyone needs to be heard on this national challenge if we are to have any hope of communications that serve the true needs of the people–and by that I mean ALL our people.