Since my diabetes diagnosis three months ago I have lost 28 pounds. I feel great.

A few months ago I drove up to Sacramento and felt crappy during the long drive there and back. When I got back home I set up an appointment with my doctor and took a blood test. My glucose levels were high and I was called in to take an expanded set of tests after fasting.

Once again, my glucose level was high. I have diabetes.

The doctor said that I needed to drop 30 pounds and make some “lifestyle changes.” He said that if I lost that weight there was no reason why I couldn’t get rid of the illness. I took this very seriously and set out to make a plan for how I would make some substantial changes, starting with losing the weight.

By increasing my physical activity and eliminating sweet snacks, increasing protein consumption and decreasing carbohydrates, I was able to start losing weight quickly.

About three weeks into this shift, I was scanning Twitter and ran into an article on Tim Ferriss’ Four Hour Workweek site, How To Gain 20 Pounds In 28 Days: The Extreme Muscle Building Secrets of UFC Fighters. I know, weight gain was the wrong direction, but I was interested in the approach, science and strategy behind the weight gain. I bought Ferriss’ book The Four Hour Body.

Once I jumped into the book I was struck by the simplicity of Ferriss’ “Slow Carb Diet” approach to burning fat in a hurry. He has a lot of other crazy body hacks on how to lose weight, but I’ve been focusing on his key Slow Carb Diet. It turns out that his diet is pretty similar to what I had already been eating, but his additional tips have helped me supercharge the weight loss. 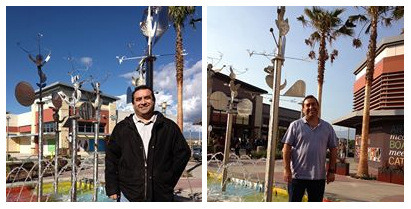 I mentioned that I have lost 28 pounds, but I have probably lost 35-40 pounds of fat since I have also gained 5-10 pounds of muscle. Changing my diet has helped with the weight loss, but I also joined a gym and have been working out regularly for the past three months.

When I run into people who haven’t seen me lately they notice the weight loss immediately and excitedly ask how I was able to do it. I tell them “diet and exercise” and some of the wonder goes away. Yup, there’s no magic pixie dust to lose weight in a healthy and natural way, it takes work and it is very doable.

During the last three months I’ve been monitoring my blood glucose levels and working on making changes that affect my stress level. I’ll be sharing things that I have learned on future blog posts. It’s been a great journey so far. My blood levels have stabilized. I feel great and have managed to stay healthy despite the grueling pace of work.

I’ve been using the #GetFit hashtag on Twitter and on Facebook for health and fitness related posts and will also use the #PorTuFamilia tag to remind me that I’m also doing this for my family and in solidarity with my friend George ‘Urban Jibaro’ Torres who is blogging and tweeting about the effects of diabetes in the Latino community. I appreciate all the support and encouragement I’ve received. If you are in a place where you are ready to make similar changes in your life I hope that you’ll join me.