Scrutiny and the Rise of New Online Networks 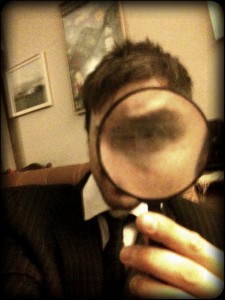 One of the primary questions at the start of a relationship is “Can I trust you?”

The same is true on online relationships and in the process of vetting new connections and networks. Everyone gets invites to join this or that and if you don’t have a previous relationship or personally know the person IRL (in real life) then you might be suspicious of the attempt to connect.

This is what I did, do or have done before joining groups that became invaluable to me, really changed my life or are just fun.

A few years back, by being open to a new group of social media savvy folks from across the country, I was able to connect with this Latinos in Social Media (LATISM) group. Since then, I’ve made a lot of friends and eventually helped produce one of the first social media for social good conferences.

It took some time to trust the new LATISM group though. Eventually I met enough people, had enough live one-on-one conversations with LATISM supporter and I was sold.

I’ve been a part of several other networks on Twitter and they often raise dust before people understand what they are. When I was actively working with hundreds other to help save the life of Eric De La Cruz, a young man who needed a heart transplant, there was much scrutiny of supporters bearing the #ERIC branded Twitter avatars which I still wear today. “Who was this #Eric person, why are people asking for contributions and whoa, why are Trent Reznor, Alyssa Milano, Tony Hawk, and Dave Navarro supporting this campaign?” people would ask. Some took these questions further and dug deeper, often looking to find something wrong.

The creation of a new online network is a delicate thing. There has to be transparency but the forming network can’t spend all of its time trying to appease doubters. During the #ERIC campaign, skeptics were silenced when Eric’s sister, Veronica De La Cruz, started tweeting photos from the hospital.

Transparency (1) – Let people easily know who you are. Introduce yourself and your organization. The LATISM network spread quickly, first with the use of the #LATISM hashtag then by spreading the story of the creation of the group which was tied to founding member Ana Roca Castro (@AnaRC).

Transparency (2) – Let people know what you want. Have a Web site that explains your mission and intentions. For the campaign to save Eric De La Cruz’s life, we created a website that had background information and photos of Veronica and Eric when they were children to help people connect with what was going on. The site also had a way to take online donations.

Transparency (3) – Let people know who you really are. If there are holes in your story the Internet will find out and use it against you. The Internet is a big tattletale – photos, forum messages, public records, the Library of Congress!!! This is especially true if you are going to be doing any kind of fundraising or gathering of personal data.

Conclusion
Be authentic and build relationships. Also, don’t be a jerk and blow people off when earnest questions are being asked. As Dr. Seuss says, “There is no one youer than you.” But you need to do work to show people who you are.