I attended the Ventura County Women’s Forum yesterday at Cal Lutheran University. The Samuelson Chapel was a great venue – it was large enough to accommodate all of the guests and not so large that people were isolated. There were women of all ages there and everyone seemed to be happy.

When I arrived I was told by a colleague that my photography services had been “volunteered” to the Women’s Forum, which I was happy to do. There were several information tables in the lobby including SEIU 721, Social Justice Fund for Ventura County, Amnesty International, a representative from Assemblywoman Julia Brownley (candidate for Congressional District 26) and the Ventura County Women’s Political Council.

It was great seeing my co-workers and friends Bridget Shea and Gabby Suciu be so involved in the organization and planning of the Forum. This is a photo of them at the SEIU 721 table along with an SEIU 721 member, Cristina Reyes. 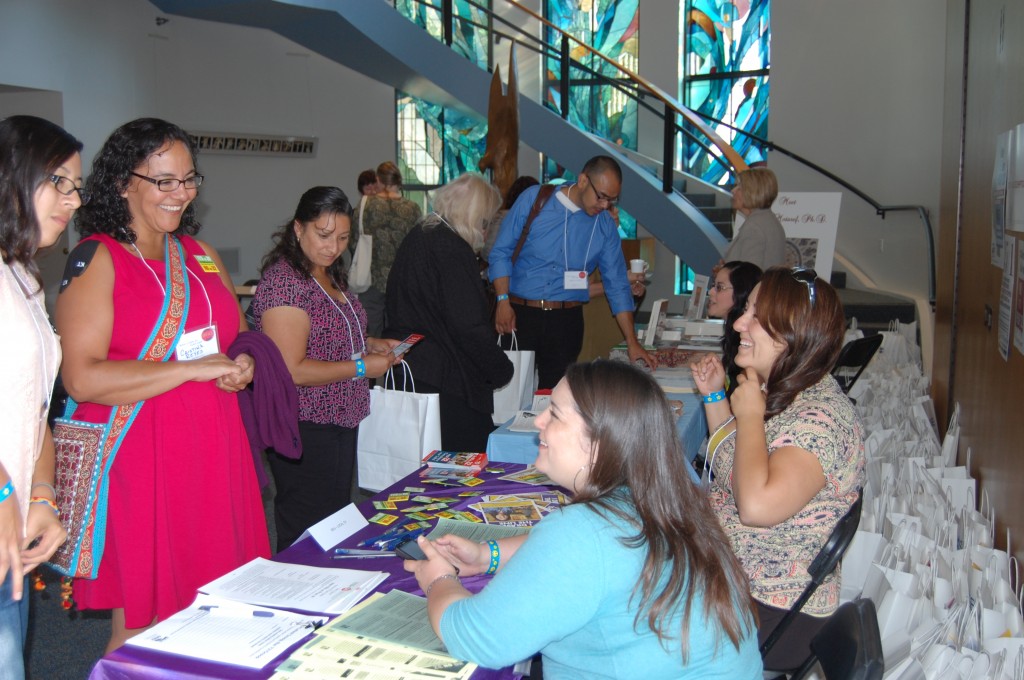 I had the opportunity to chat with Tricia Keen, Executive Director of the Social Justice Fund of Ventura County. The organization is growing and expanding from its roots with the Ventura County Community Foundation.

A political issue that is expanding is the push to pass Proposition 30 and to defeat Proposition 32. Elena Garcia’s table for the California Teacher’s Association was chock full of literature on the two propositions. 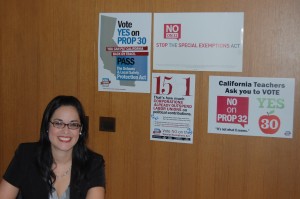 After a great introduction by my friend and the Women’s Forum Chair, Maricela Morales, the keynote speaker was Kum-Kum Bhavnani, university professor by day and filmmaker by night. She gave us an overview of where we are today with women’s rights and how they should be seen as basic human rights. In her film, “The Shape of Water“, she shows how women’s rights are still a major issue across the world. From female genital mutilation in Senegal to sustainable harvesting of rubber trees in South America, the film shows snippets of campaigns and challenges across the globe. 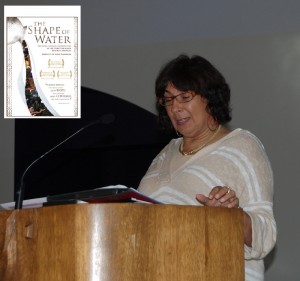 We broke up into different sessions after the keynote. I stayed in the chapel for the workshop on “Slavery and Human Trafficking in our Backyards.” Of the four case studies that were presented, I was very familiar with one. In 1995 I was teaching third grade at Maxson Elementary in El Monte. A few miles away, there was a condominium complex that appeared on the news. In that complex, dozens of women, mostly Thai, were held against their will and forced to do work in order to survive.

I remember talking about the incident in class and even though the students were only in third grade, they understood this wasn’t something that happened a hundred years ago in a place far away. This was happening today and in their community. I mentioned this story to Vanessa Lanza (see photo below), the session’s presenter and a Director at the Coalition to Abolish Slavery & Trafficking (CAST). 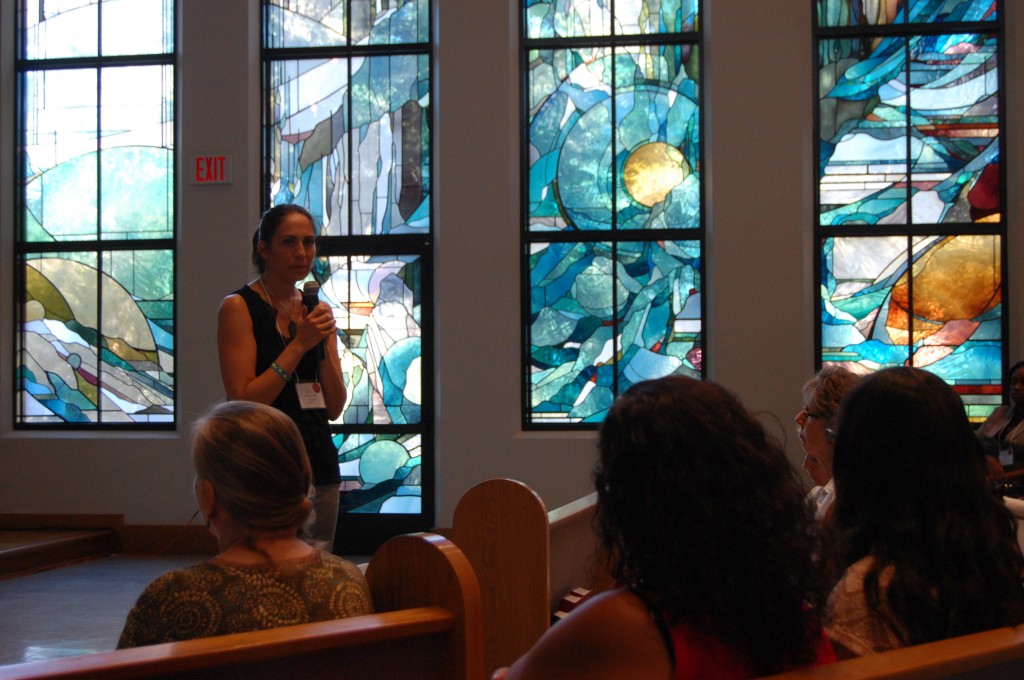 I took more photos during the lunch break and ran into a small group of women talking about the sessions and eating lunch. Two of the women primarily spoke Spanish and there was another woman who was translating to keep the conversation going. It was beautiful to see this kind of sharing going on in an informal setting, despite language barriers. 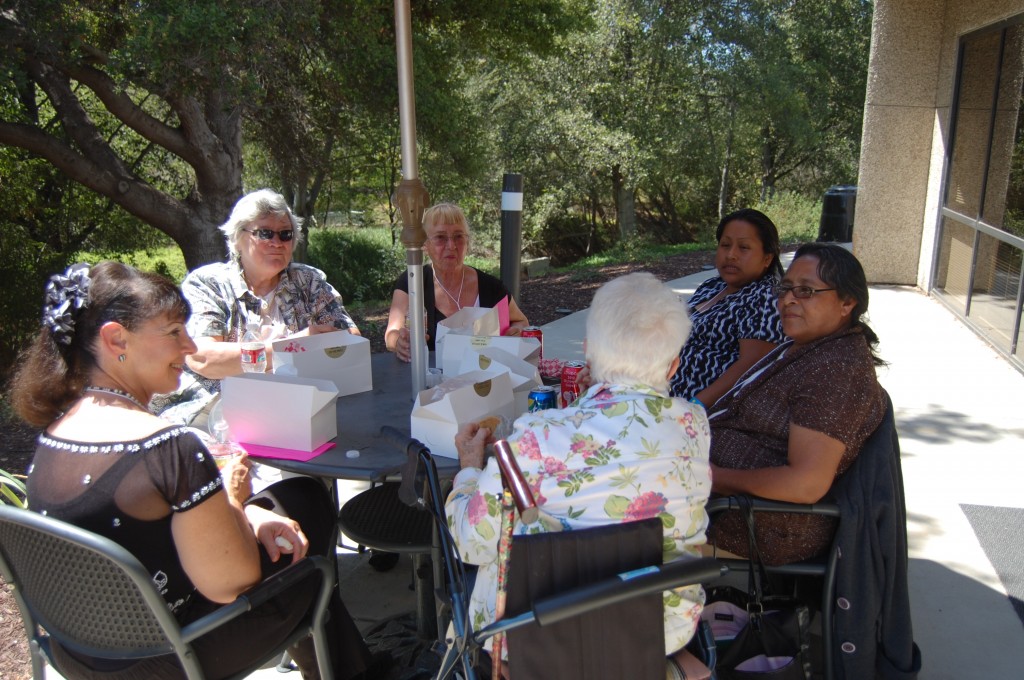 It was also great seeing my friend Tami Polansky (also an SEIU 721 member) at the event. 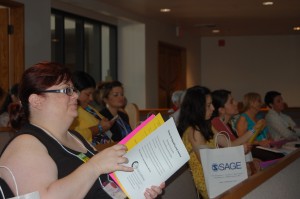 If you like learning about community, labor and social justice news and events like the Ventura County Women’s Forum, you should sign up for my “721Scoop” weekly newsletter. Just send me an email at jesse.luna@seiu721.org and I’ll sign you up. You can stop receiving it at any time but you’ll be missing out!